The Power of Paradigm Shifts

Jaunice spent all of her 20s and most of her 30s dating the wrong men, trying fad diets, spending hundreds of dollars on therapy, and failing to keep her New Year’s Resolutions. One Friday evening, alone again, she wept bitter tears as she snuggled in her bed and finished off a pint of chocolate ice cream. She knew the secret to success was out there, but why couldn’t she find it? Then one day, she found it in the least likely place—a sticky note on her coworker’s cubicle.

“Hey, Jared, what is this sticky note all about?” Jaunice queried. “Oh, that’s just to remind me not to get stuck in a toxic loop when I get frustrated with myself,” Jared responded. “I know it seems stupid, but it really works. Everyone tends to get down on themselves when they feel like they fail over and over again. They say mean things to themselves in their head. That creates toxicity and literally stops you from improving. Having alternative phrases to say can help break that toxic loop and open the door for success and happiness. I used to have to look at this sticky note 50 times a day, but now a glance once or twice will help me throughout the day. I’m reprogramming my brain!” he said with a big grin.

Jaunice couldn’t help but smile back at Jared’s enthusiasm. He was right, it did seem really dumb. However, she definitely could relate to having a toxic loop tape in her head. In fact, it was so toxic that it kept her from trying things because the fear of failure was too intense. After a few days of pondering the idea of changing her mindset, she asked Jared if she could copy his sticky note. She put hers up on her mirror so she could review the principles as she got ready. She also took a picture of it on her cell phone so she could review it throughout the day. When she caught herself playing the toxic loop tape in her head, she would pull out her cell phone and look at the picture. She would change the phrasing in her head to match the growth mindset.

Within just a few days, Jaunice noticed that she felt less hopeless. Her anxiety levels dropped and she began to sleep better at night. She was pleasantly surprised at how much happier she felt and this translated into all areas of her life. She couldn’t deny how powerful this simple concept was—understanding that growth takes time but that it was possible for EVERYONE! 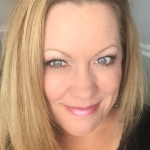 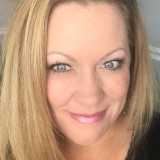